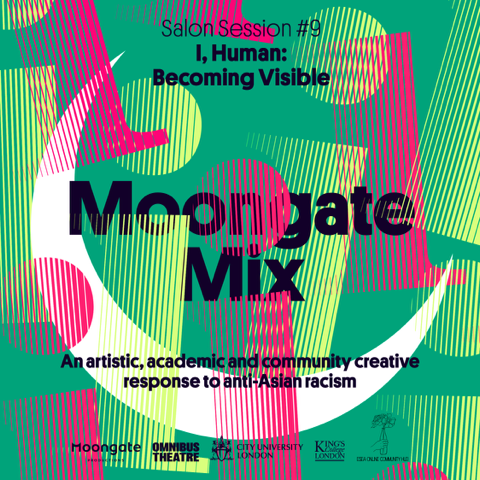 I’ve been involved in I, Human: Becoming Visible a collaboration to develop arts-, research- and community-based responses to anti-Asian racism, organised together with Moongate Productions, ESEA Hub, King’s College London and City, University of London

The final pieces will be shared as part of the Moongate Mix salon on Monday 6th February 2023. Further details and the registration link can be found here.

Moongate Mix: I, Human: Being Visible

I, Human – Becoming Visible is an artistic academic and community creative approach to challenging Anti-Asian racism.

Conceived and designed in collaboration with City University and King’s College working with students, community members, performers and artists of Asian heritages, after an open call to participate in workshops constructed around the central premise (loosely based on Isaac Asimov’s science fiction classic, I, Robot) asking what it means to be human and recognised as such when the media and governments, both here and in Asia, gladly render us devoid of individual feeling, nuance and political agency – where we are too often the passive victims of casual and even violent racism, reduced to being passive ciphers in all too many screen and stage dramas, indeed as tech worker drones.

Workshop participants formed themselves into groups to create artistic responses to create their own narrative. This is the culmination of that process where the exciting work created will be shared – a first for many of the participants in what promises to be a vibrant and passionate evening where new voices are empowered and heard and members of a racial demographic so often ignored demand that their humanity is seen and felt.

Filipino pop-up Baboy will be serving a mouthwatering menu in our Café Bar from 5pm, open to anyone.