Times Literary Supplement feature on Public Domain Review: “a labyrinth to get lost in” 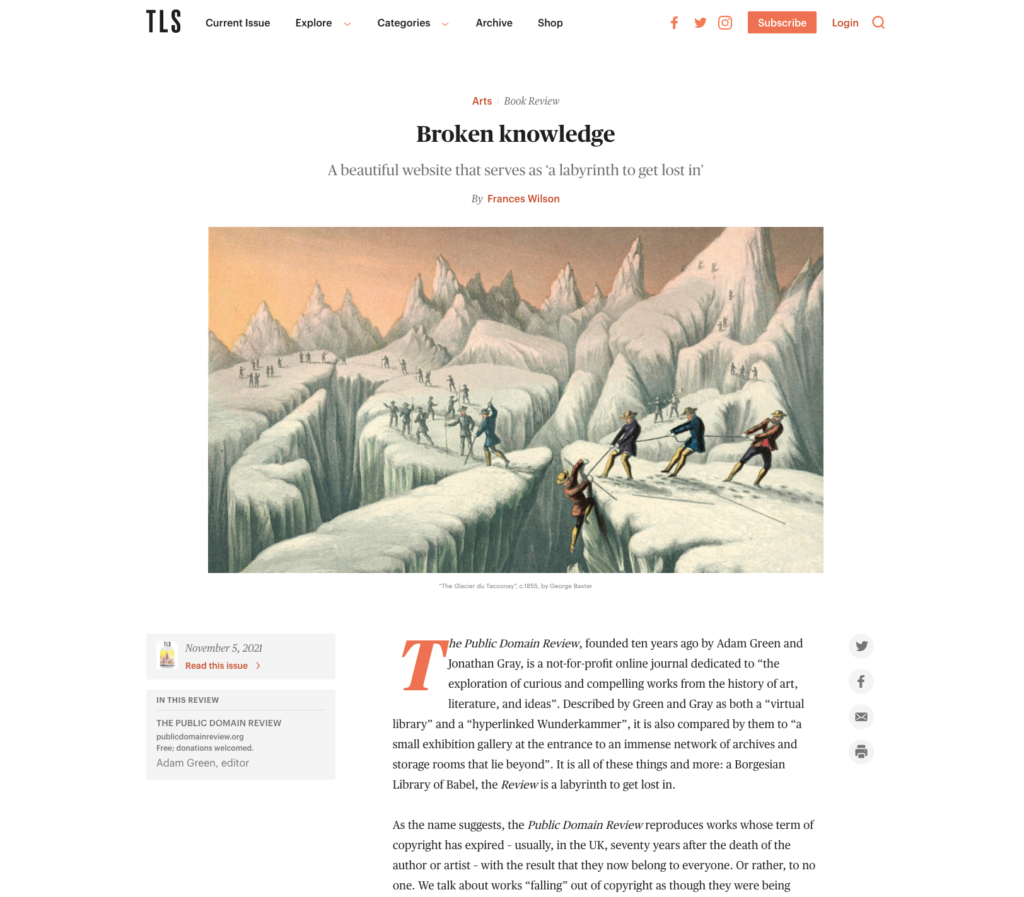 The Public Domain Review, which I co-founded with Adam Green ten years ago this year, has been featured in a review by the Times Literary Supplement: “Broken knowledge: A beautiful website that serves as ‘a labyrinth to get lost in’”. Here are some excerpts from the piece:

You will not find in the journal orthodox material from official histories. What you will find instead is an oubliette of forgotten knowledge returned to us in a new form, making the Review a form of cultural unconscious.

Nothing here is less than witty and outlandish, but the most beguiling aspect of the Review is its beauty. Iconography, the stranger the better, is central to the project: photographs of the moon, film reels from space, lithographs of mushrooms, illustrations from the logbooks of Nantucket whaling ships, botanical drawings, early nineteenthcentury Astronomia playing cards, maps of Martian canals, Filippo Morghen’s fanastical visions of lunar life (1776), sixteenth-century imagery of comets.

“Wondrous” and “taxonomical” are at the heart of the Public Domain Review. Sir Francis Bacon described wonder as “broken knowledge”, which perfectly captures the spirit of this particular wonderland, in which what looks like sublime disorder is in fact a Borgesian taxonomy of impossibilities.

The taxonomies of the Public Domain Review have a similar “power of enchantment” (the term is used by Foucault in The Order of Things, to describe “the sudden vicinity of things that have no relation to each other”).