I’ve been working with anti-racism campaign group End Violence and Racism Against East and Southeast Asian (ESEA) Communities to help gather and examine data on hate crimes against ESEA people in the UK. This work was recently featured in several national and regional news pieces by ITV – focusing on almost a 50% rise in reported incidents from 2018 to 2020.

Here are the links:

On the data side, there are many further stories to unpack about race, crime, classification, recognition and (non-) reporting – including on the concept of hate crime, the politics of ESEA mobilisations, the role of ethnicity in official reporting systems (including the use of the problematic classifier “Oriental” in official databases) and how it happens that incidents are not reported, classified or disclosed. 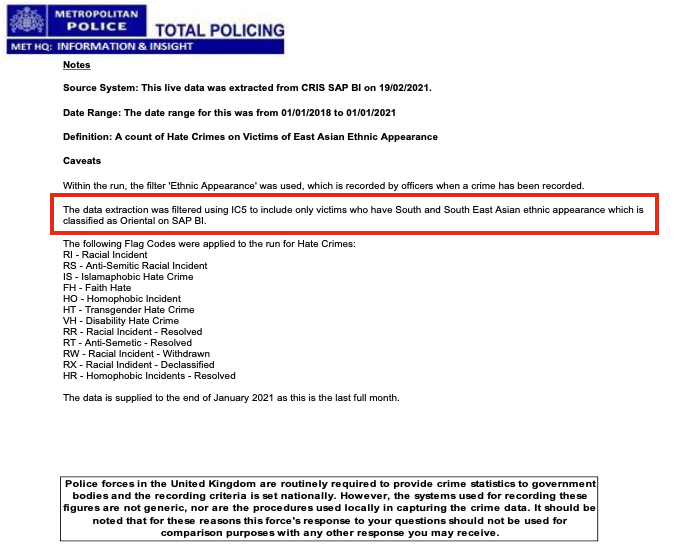 Over the coming months I’m keen to delve into these things further – also seeing how research on data infrastructure literacy, changing what counts, staying with the trouble of numbers and telling stories about data might support collective inquiry into the role of data in materialising and responding to the problem of violence and discrimination against ESEA people.