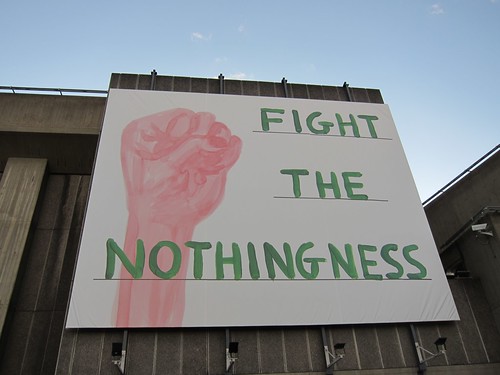 Brain Activity at the Hayward Gallery is one of David Shrigley’s biggest exhibitions to date. If you’ve seen Shrigley’s drawings or books before, you’ll immediately recognise the world that the exhibition exhibits, with its roughly scrawled figures and thinly underlined block capitals.

While it isn’t necessary to classify or to categorise something in order to appreciate it, one can’t help being a bit curious about what kind of thing Shrigley is doing. And while the relevance of artistic intention to understanding a work is debatable and debated, one can’t help wonder a bit what Shrigley thinks he is doing. 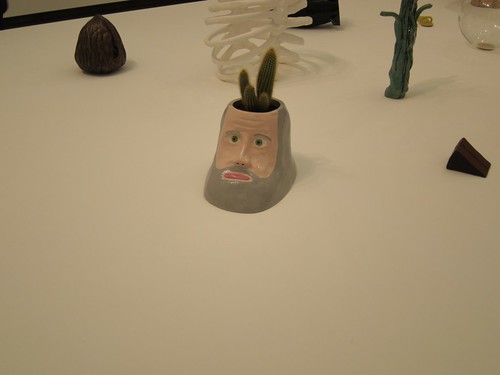 Regarding the former (what kind of thing he is doing), it often feels like he is fundamentally a talented cartoonist and humorist. His sculptures seem like stagings of his sketches. His style is distinctively recognisable across different media. He is master of his own brand of sparse, vivid, punchy, weird wit. Each work is a lament, a slogan, a daydream, a fantasy, a lament, or a confession, but the voice is always unmistakably Shrigleyian. In the cultural multiverse one might posit that the Shrigleyian star lies somewhere between Ivor Cutler and Dilbert, with allusions to atmospheres as diverse as Coupland, Kafka and Kierkegaard. The worlds around the Shrigleyian star are usually comparatively dark, your fate is often determined by outside forces (impenetrable bureaucracy, conspiring society, a malicious deity), and the odds are usually stacked against you. What light there is is served up in short, more or less satisfying, bursts – usually in a denomination that resembles a strapline, a punchline or perhaps an amusing, strange or ill-fitting title. 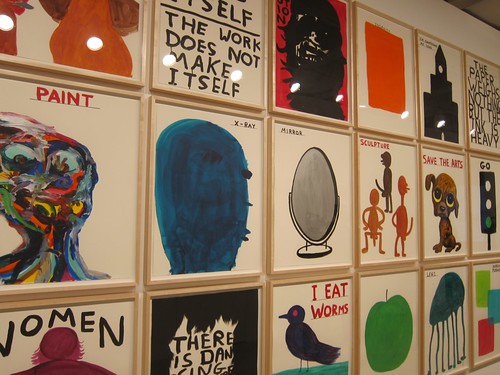 Regarding the latter (what kind of thing he thinks he is doing), one gets the abiding impression from his writings and interviews that above all he is enjoying himself in his authorship of the Shrigleyverse. He draws for eight hours a day. “Making artwork is kind of one of the most fun things that one can do”, he says. He inherits the project to “find poetry in the mundane”, and to “make ordinary things seem ‘other’”. He says he thinks he is taken “far more seriously” than he should be. He says his work is reacting to “banal pop culture”. He finds drawing cathartic, letting him vent about “the lunatic, idiot world we live in”. In an interview with the writer David Eggers he says:

I think I’m a much saner person because I’m able to make work about how horrible people are, and how unacceptable it is that they are so horrible and how unacceptable it is that people accept how horrible these people are. I kind of assume that’s a given for everybody, that everybody feels that there are aspects of contemporary life in an advanced capitalist society that are really unacceptable, but what can we do to change it? Make stupid drawings I suppose. 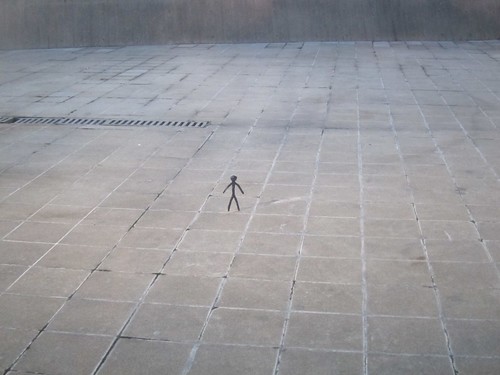 The success of the Shrigleyverse and its influence on visual culture – spawning a decade of scratchy faux naïve imitators in art, illustration and advertising – will perhaps bring the ‘Shrigleyian’, ‘Shrigleyesque’, and ‘Shrigleyish’ into common parlance (the last two were coined by Will Self in 1998). With this success comes two dangers. The first is that the Shrigleyverse starts to become formulaic, staid or stale. His recent forays into animation, film, music, musicals and sculpture may help to mitigate against this possibility. The second is that the Shrigleyverse is franchised and becomes effectively absorbed into the “banal pop culture” that it strives to react against. If this did happen, presumably it would be in an amusing, ironic, and doubtless inevitable way. Says the man:

I don’t want to do the same thing twice, even if it works. There is nothing worse than feeling you are doing the same thing over and over again, just to make a living. With fine art – I suppose I am more of a fine artist in the sense that I show in galleries and sell my work to rich people – you are likely to feel that you are making a product, a very expensive product to sell in a shop. I never really wanted to feel this way. 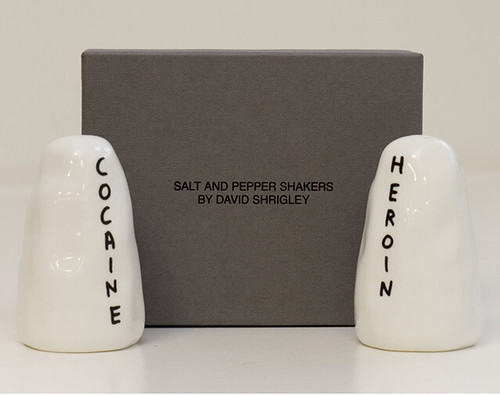